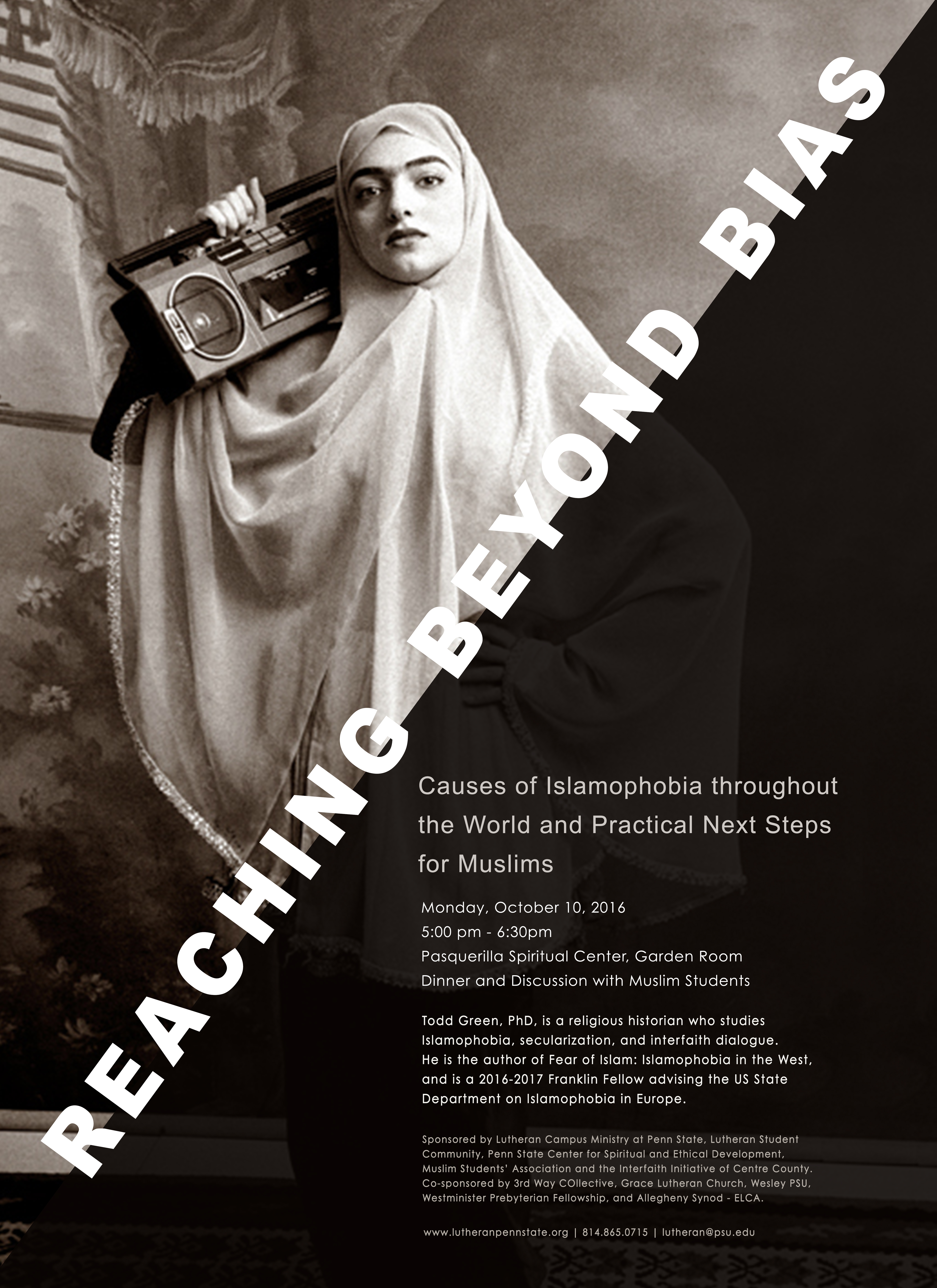 Islamophobia scholar, Todd Green,PhD, will be speaking at “Reaching Beyond Bias”, a series of events at Penn State’s University Park campus on Monday, October 10, 2016. Dr. Green’s public lecture, “What is Islamophobia? The Causes and Casualties of Anti-Muslim Bigotry in the United States” will be held in Pasquerilla Spiritual Center in the Memorial Lounge at 7 pm – 8:30 pm, followed by a reception.

Dr. Green is a religious historian who specializes in the areas of Islamophobia, secularization and interfaith dialogue. A member of the faculty at Luther College in Decorah, Iowa, Dr. Green is serving as a Franklin Fellow for the 2016-2017 academic year, advising the US State Department on Islamophobia in Europe. He is the author of The Fear of Islam: An Introduction to Islamophobia in the West, editor of Islam, Immigration and Identity, and a writer for the Huffington Post. He regularly lectures and participates in panel discussions, and has been interviewed by news outlets including NPR, CNN and Al Jezeera.

While in the State College area, Dr. Green will meet with and speak to a number of groups, including ecumenical groups of Christians, the Interfaith Initiative of Centre County, students in the classroom setting, local religious leaders, Penn State student affairs staff, Muslim students and the general public.

These events are sponsored by Lutheran Campus Ministry at Penn State and Lutheran Student Community, the Center for Spiritual and Ethical Development, Interfaith Initiative of Centre County and the Muslim Student Association.

PrevPreviousGod created us with bodies
Next“Reaching Beyond Bias” schedule for Dr. Todd GreenNext